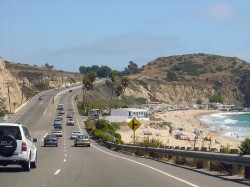 Do you know what a trial balloon is?  It is when politicians will float an idea in the media to see what the reaction of the public will be.  Well, right now one trial balloon that is being floated is the idea that we should tax Americans for the number of miles that they drive.  This proposal showed up in a draft bill that was being circulated within the U.S. Department of Transportation and the Office of Management and Budget.  You can view a copy of this draft bill here.  Of course the Obama administration is denying that this proposal will be in the final draft of the legislation.  The Obama administration is stressing that this was just “a draft” of the bill.  But this is what happens very often with trial balloons.  They are put out there and the politicians will say things like “this is being studied” or “this isn’t a serious proposal yet” and then one day we all wake up and it is suddenly being implemented.  The fact that there is even draft legislation that would tax Americans based on the number of miles that they drive should be incredibly sobering for all of us.  If the global warming alarmists have their way, there are going to be lots of these kinds of taxes in our future. (Read More...)