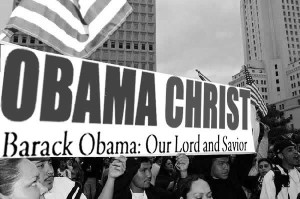 If there is one country in the world that you would not want to live in, it would be North Korea.  Unfortunately, the United States of America is becoming more like North Korea with each passing day.  North Korea is a totalitarian police state hellhole where the state rules supreme, the “leader” is lavishly worshipped, no dissent is tolerated, and the government micromanages everything.  America is supposed to be the opposite of that, but now Barack Obama is implementing his version of “change” and he has promised to engage in the “remaking” of this nation and to transform it “brick by brick“.  A tremendous “cult of personality” has been built up around Obama, and under his leadership the U.S. government has become larger and more repressive than ever before.  But do we really want to “change” America so that it more closely resembles totalitarian regimes such as North Korea, communist China, the Soviet Union and Nazi Germany?  After all, all of those regimes have a nightmarish history of brutality and death.  Even today, there are starving North Koreans that are eating their own children.  Is that really where we want to end up as a nation? (Read More...)