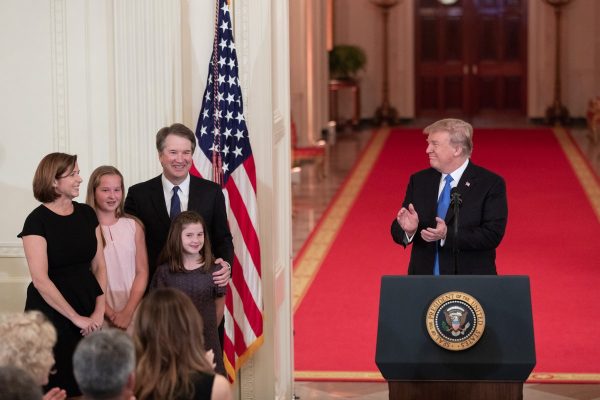 In a way, I feel very sorry for Brett Kavanaugh right now.  This Senate confirmation process is going to be like going to a proctologist every single day for weeks on end.  Investigators are going to go over everything that he has ever done with a fine-toothed comb, and anything that is even remotely scandalous is going to brought out for the entire world to see.  In fact, the Washington Post is already running with a story about Kavanaugh’s past debts.  Federal employees such as Kavanaugh have financial disclosure forms that they are required to file, and although those forms do not reveal everything, they reveal enough to potentially get Kavanaugh into trouble. (Read More...)

The weeping, wailing and gnashing of teeth has begun on the left, but the truth is that Donald Trump could have nominated someone far more conservative on Monday night.  Over the next several months there will be endless protests in Washington D.C. as liberals moan and groan about “the end of our freedoms”, and Brett Kavanaugh will be relentlessly portrayed as a conservative devil by the mainstream media.  And even though NBC News is insisting that Kavanaugh “would make the high court solidly conservative” if he is confirmed, the reality of the matter is that there are some pretty good reasons why conservatives should be deeply concerned about this pick.  Just because a Republican president nominates someone to the Supreme Court does not mean that individual will make a good judge.  For example, Ronald Reagan nominated Anthony Kennedy in 1987, and he turned out to be a complete and utter disaster.  If Reagan had nominated someone different, the entire modern history of the U.S. Supreme Court could have been completely different.  With the Court still so divided, the stakes are incredibly high, and we must not get another Kennedy.  So it is troubling that Brett Kavanaugh clerked for Kennedy and has always had nothing but good things to say about him.  Anyone that would look to Justice Kennedy as any sort of a role model is definitely not fit for a seat on the highest court in the land. (Read More...)