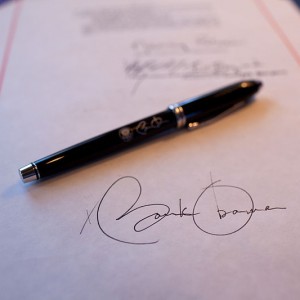 By making “at least a dozen major adjustments” to Obamacare without congressional approval, Barack Obama is making a mockery of the U.S. Constitution.  Throughout human history, political power has always tended to become concentrated in the hands of one man.  The Founding Fathers knew this, and they tried very hard to keep that from happening in the United States.  A system in which the people rule themselves is a very precious and fragile thing.  As humans, we all have the tendency to want more power.  That is why a “separation of powers” was such a radical concept.  As Bill Federer is constantly pointing out, the Founding Fathers made our federal government inefficient on purpose.  They wanted a system of checks and balances that would make it difficult to push through major changes very rapidly.  Unfortunately, Barack Obama has become extremely frustrated by this and has expressed his intention to rule by decree as much as he can during the remainder of his second term. (Read More...)