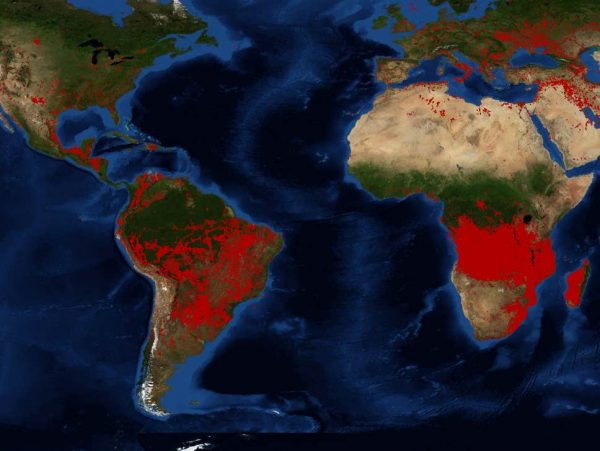 A world without forests would be an apocalyptic wasteland, and right now we are losing our forests at an astounding rate.  As you read this article, more than 10,000 wildfires are ripping through forested areas of South America and Africa, and global leaders seem powerless to do anything about it.  Most of the media attention has been on the horrific wildfires in the Amazon rainforest, and we are being told that the number of fires in Brazil is up 85 percent compared to last year.  But the number of fires is actually much higher in Africa.  In fact, it is being reported that there are “approximately five times as many wildfires burning in Africa than in the Amazon” at this point.  Our planet is literally being destroyed right in front of our eyes, and a lot of people don’t seem to care. (Read More...)