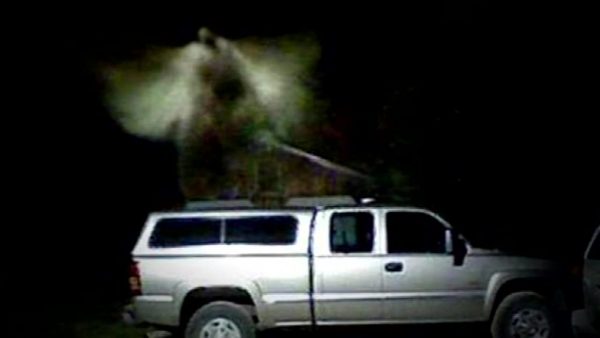 Could it be possible that the figure in this photo is exactly what it appears to be?  A Michigan man named Glen Thorman is completely convinced that he captured an image of an angel with a drawn sword on a security camera outside his home in East Jordan, Michigan.  So are we looking at photographic evidence that angels really exist, or is something else going on here?  This photo has sparked a tremendous amount of debate on social media, and some naysayers have even accused Mr. Thorman of doctoring the image.  Of course that is always possible, but why would he do that?  And if the image is examined and no evidence of manipulation is found, will the skeptics be satisfied then?  Sadly, some people will never be satisfied unless they have a personal encounter with an angel themselves, and even then many skeptics would still refuse to believe. (Read More...)