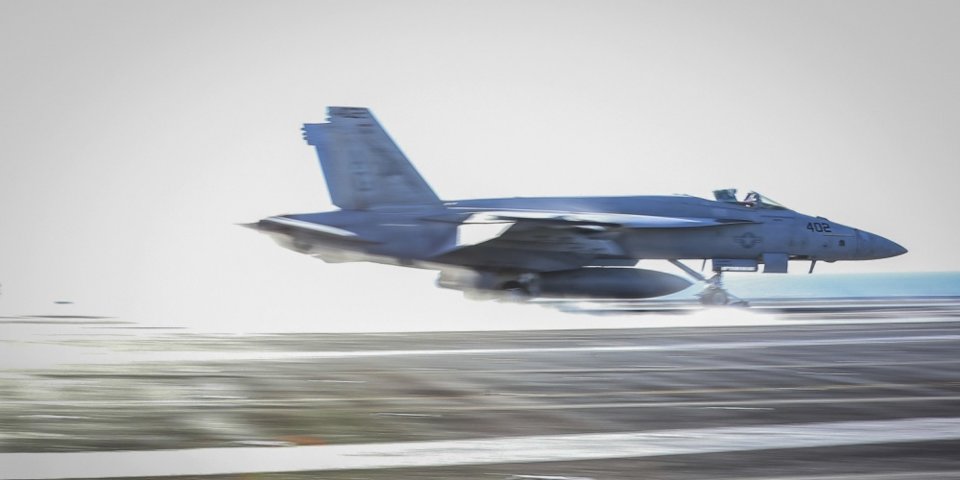 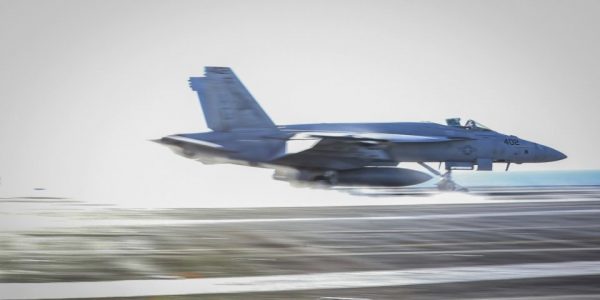 This is the closest that the U.S. has been to a war with Iran in decades, and yet most Americans are either clueless or they don’t seem to believe that it could actually happen.  And I certainly don’t think that President Trump wants a war, but he is surrounded by war hawks that have been pushing an extremely aggressive “get tough” policy with Iran.  The Trump administration just canceled the waivers that were allowing other nations to continue purchasing Iranian oil, and the goal of that move is to reduce Iranian exports to zero.  But oil exports are 40 percent of the Iranian economy, and the Iranians understand that this move could absolutely cripple their economy.  The Iranians have threatened to close the straight of Hormuz in retaliation, and that would almost certainly provoke a U.S. military response.  In addition, it is being reported that on Wednesday the Iranians will announce that they are taking steps to restart their nuclear program…

On Wednesday, Iranian President Hassan Rouhani is expected to announce small steps to resume his country’s nuclear program. According to the New York Times, that will include conducting research on centrifuges that can make nuclear fuel, and curbing nuclear inspections from observers.

Of course the truth is that the Iranians never fully abandoned their nuclear program in the first place, but that is supposed to be a big secret.

In any event, tensions between the U.S. and Iran have now reached frightening levels.

On Sunday, White House National Security Adviser John Bolton announced that the USS Abraham Lincoln and four B-52 bombers are being sent to the Middle East as a message to Iran…

Four B-52 Stratofortress bombers are being sent to the Mideast to support the aircraft carrier Abraham Lincoln in moves aimed at countering threats from Iran, U.S. Central Command said Tuesday.

The B-52s, from Barksdale Air Force Base, Louisiana, are deploying to Al Udeid Air Base in Qatar, a hub for U.S. air operations in the region, CBS News reported.

Apparently there was some intelligence which indicated that Iran was planning a possible attack on U.S. forces in the region, and Bolton said that these deployments would make it very clear that any assault would be “met with unrelenting force”…

The deployments would “send a clear and unmistakable message to the Iranian regime that any attack on United States’ interests, or on those of our allies, will be met with unrelenting force,” he said in a statement. “The United States is not seeking war with the Iranian regime, but we are fully prepared to respond to any attack, whether by proxy, the Islamic Revolutionary Guard Corps, or regular Iranian forces.”

In response, the Iranians accused the U.S. of engaging in a form of “psychological warfare”.

In addition to everything else, CNN is reporting that it appears that the Iranians have been “moving short-range ballistic missiles aboard boats in the Persian Gulf”, and this has deeply alarmed U.S. officials…

Intelligence showing that Iran is likely moving short-range ballistic missiles aboard boats in the Persian Gulf was one of the critical reasons the US decided to move an aircraft carrier strike group and B-52 bombers into the region, according to several US officials with direct knowledge of the situation.

The concerns over the movement of the missiles was one of multiple threads of intelligence from various sources that led the US to believe Iran had a capability and intention to launch strikes against US targets.

If both sides rattle their sabers for a while but nothing ever comes of it, we will be fine.

But if someone goes a little bit too far and the missiles start flying, we could be soon engaged in a conflict that could literally spark World War 3.

While they are certainly no match for the U.S., the truth is that the Iranian military is quite strong, and they possess weapons of immense destructive power.  And in the event of a military conflict with the U.S., the Iranians have already said that they will hit Israel too.

And if Israel gets hit, they will certainly strike back at Iran extremely hard.

The Iranians absolutely hate both the United States and Israel, and recent moves by the Trump administration have pushed the Iranians into a corner.  The following comes from Pat Buchanan…

Did President Donald Trump approve of this? For he appears to be going along. He has pulled out of the Iran nuclear deal and re-imposed sanctions. Last week, he canceled waivers he had given eight nations to let them continue buying Iranian oil.

Purpose: Reduce Iran’s oil exports, 40% of GDP, to zero, to deepen an economic crisis that is already expected to cut Iran’s GDP this year by 6%.

Trump has also designated Iran a terrorist state and the Republican Guard a terrorist organization, the first time we have done that with the armed forces of a foreign nation. We don’t even do that with North Korea.

A cornered animal is extremely dangerous, and at this point the Iranians may feel as if the only option they have left is to lash out.

As a first step, they could potentially close the Strait of Hormuz, and that would instantly create a global oil crisis.  Here is more from Buchanan…

Iran has also warned that if we choke off its oil exports that exit the Persian Gulf through the Strait of Hormuz, the Strait could be closed to other nations. As 30% of the world’s oil shipments transit the Strait, closing it could cause a global crash.

In 1973, when President Nixon rescued Israel in the Yom Kippur War, the OPEC Arabs imposed an oil embargo. Gas prices spiked so high Nixon considered taking a train to Florida for Christmas vacation.

Of course a potential war with Iran is not even on the radar for most Americans these days.  Most of us are preoccupied with other things, but if the missiles start flying this will instantly become the top news story on the entire planet.

Wars never start in a vacuum.  In every major war throughout history, there has always been a series of steps that has ultimately resulted in the outbreak of war.

Without a doubt, the U.S. and Iran are moving toward war.  That doesn’t mean that one will happen, and we better hope that it doesn’t, because it would have all sorts of apocalyptic consequences.

So let us hope that cooler heads prevail.

Unfortunately, there doesn’t appear to be any “cooler heads” among Iranian leadership, and Trump has surrounded himself with war hawks like John Bolton and Mike Pompeo.

In the end, Trump himself will make the final call on any conflict with Iran, and let us hope that he makes the right one.