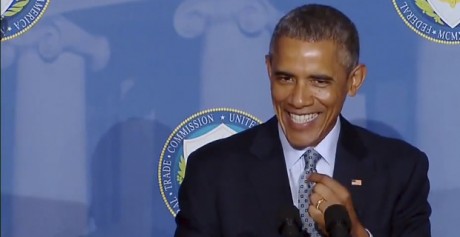 The number “10,000 Syrian refugees” is being thrown around a lot by the mainstream media, but did you know that Barack Obama has actually publicly declared that the U.S. is going to take in 100,000 refugees from Syria and elsewhere for each of the next two years?  That is an absolutely massive number, and it is inevitable that some jihadists will slip through the vetting process.  As Syrian refugees enter the United States, they are being dispersed all around the country.  In my article yesterday, I explained that the State Department has established refugee processing centers in 48 U.S. states.  But instead of the “trickle” of refugees the mainstream media is talking about, the truth is that it is going to be more like a flood.  The following is a message that was tweeted by Barack Obama’s official Twitter account on September 28th… (Read More...)