At a time when the world is already being hit with major crisis after major crisis, our sun is behaving in ways that we have never seen before.  For as long as records have been kept, the sun has never been quieter than it has been in 2019 and 2020, and as you will see below we are being warned that we have now entered “a very deep solar minimum”.  Unfortunately, other very deep solar minimums throughout history have corresponded with brutally cold temperatures and horrific global famines, and of course this new solar minimum comes at a time when the United Nations is already warning that we are on the verge of “biblical” famines around the world.  So we better hope that the sun wakes up soon, because the alternative is almost too horrifying to talk about. (Read More...) 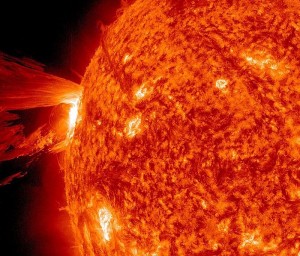