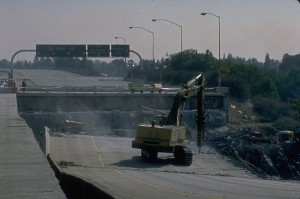 Are earthquakes becoming more frequent and more powerful?  With only two months to go, we are on pace to have more earthquakes of magnitude-5.0 or greater this year than we have had during any other year over the past decade by far.  In fact, as you will see in this article, since the year 2000 there has been a very clear upward trend in the number of major earthquakes.  So is this an indication that major earth changes are coming?  Is our planet becoming increasingly unstable?  We are currently witnessing tremendous political, social and financial upheaval all over the globe.  Every week the economic crisis in the United States and elsewhere seems to get even worse.  So what is going to happen if the shaking of the earth becomes even more intense and major cities all over the planet start getting leveled?  For most of human history we have seriously underestimated the awesome destructive power of natural disasters, and the fact that the number of earthquakes around the world seems to be going up consistently should be a huge wake up call for all of us. (Read More...)