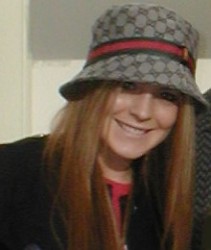 Does Lindsay Lohan understand monetary policy better than Ben Bernanke does?  The other day, her Twitter account sent out the following message: “Have you guys seen food and gas prices lately? U.S. $ will soon be worthless if the Fed keeps printing money!”  Well, it turns out that it was a “sponsored tweet” that Lohan was paid to send out, but in a subsequent tweet Lohan explained that “i actually do care about gas and food prices, so whether it’s an #ad or no, it’s important for people to be aware of it.”  Okay, so we probably will not see Lohan at any “End the Fed” rallies, but it turns out that in her own bizarre way she has brought a little bit of attention to some very important issues.  Food and gas prices are skyrocketing, and a lot of the blame for that can be placed on the shoulders of the Federal Reserve. (Read More...)