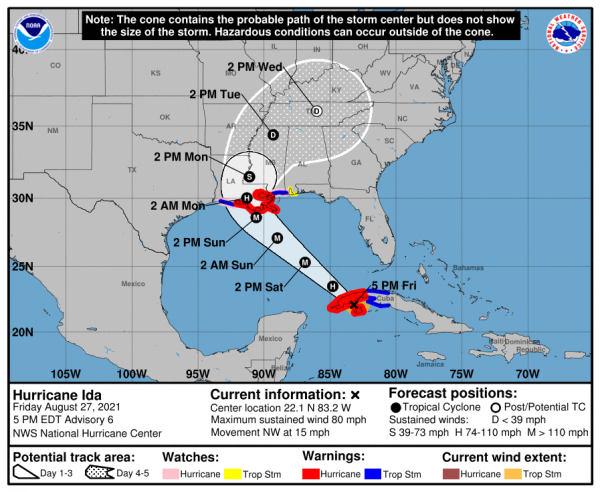 Is history about to repeat itself?  As I write this article, it is being projected that Hurricane Ida could hit New Orleans on Sunday, and that would be exactly 16 years to the day from when Hurricane Katrina absolutely devastated the city in 2005.  The levees that were supposed to protect New Orleans spectacularly failed, and almost 2,000 people were killed.  It has been estimated that 125 billion dollars in damage was caused by Katrina, and to this day it remains one of the most costly natural disasters in U.S. history.  Now Hurricane Ida is coming, and meteorologists are extremely concerned about this storm. (Read More...)