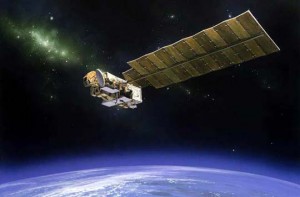 The Internet is rapidly being transformed into a Big Brother control grid where privacy rights are being systematically strangled to death.  The control freaks that run things have become absolutely obsessed with watching, tracking, monitoring and recording virtually everything that you do on the Internet.  One thing that you can count on is that nothing you do on the Internet will ever be private again.  In fact, if you are obsessed with privacy then the last place you want to be is on the Internet.  Most Americans have absolutely no idea how far Internet surveillance has advanced in the past few years.  At this point, it would be hard to imagine any place less private than the Internet.  Do not ever put anything on the Internet that you would not want the authorities or your employer to hold you accountable for.  Basically, the Internet is creating a permanent dossier on each one of us, and we contribute to this process by freely posting gigantic volumes of information about ourselves on social media websites such as Facebook and Twitter.  The Internet is the greatest tool for mass communication that the world has perhaps ever seen, and it gives average citizens the ability to communicate with each other like never before, but there is also a downside to using the Internet.  Everything that we do on the Internet is being watched, monitored and recorded and there is no longer any such thing as Internet privacy.  If you think that you still have any privacy on the Internet, then you are either ignorant of what is going on or you are being delusional. (Read More...)