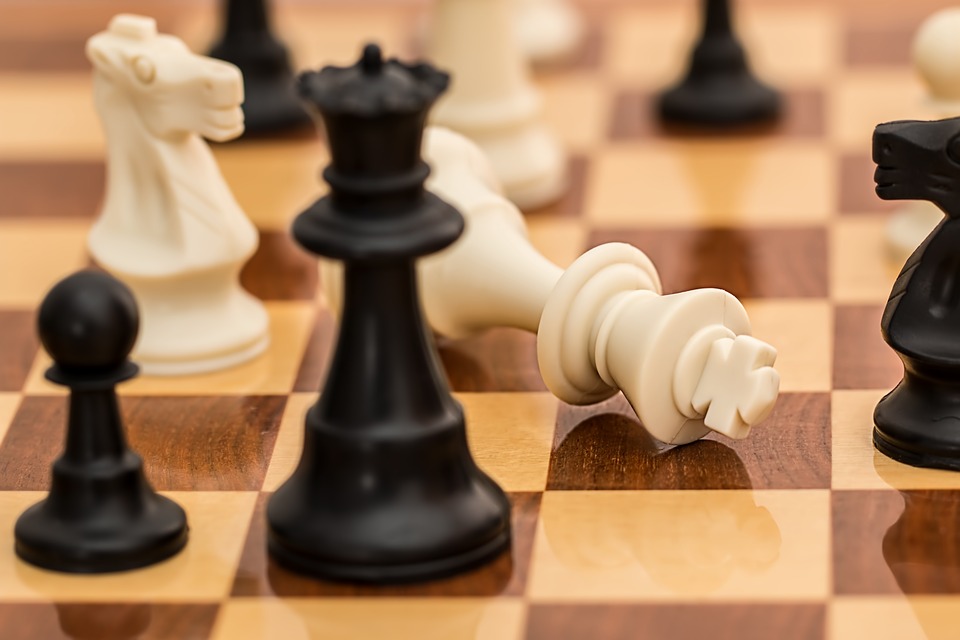 The deep state is orchestrating a political coup against President Trump, and this latest move makes it clear that they are going for the jugular. Now that former FBI director Robert Mueller has been appointed as “special counsel” to investigate the scandals swirling around the Trump administration, the mid-term elections in 2018 have become of the utmost importance. There is a reason why most people refer to a “special counsel” as a “special prosecutor”. Special prosecutors usually spend years digging around even if there is absolutely no evidence that any crimes have been committed, and in the end they are always going to find someone to prosecute to justify all of the time, money and energy that they have expended. According to the Wall Street Journal, Mueller “will now have unlimited time and resources to investigate more or less anything and anyone he wants.” So in the end someone is almost certainly going to get charged with something, and it could ultimately be Trump himself.

Fortunately, special prosecutors usually take a lot of time to complete their work, and that means that it is likely that Mueller will probably not complete his investigation before the mid-term elections in 2018 have taken place.

If an impeachment process moves forward, it is going to be really tough to stop it in the Senate. No matter what the evidence shows, virtually every Democrat and many anti-Trump Republican senators would gleefully vote to impeach Trump. It would be wonderful if we could get rid of the most anti-Trump members of the Senate such as John McCain and Lindsey Graham, but neither of them is up for re-election in 2018.

However, every single seat in the House of Representatives will be up for grabs in 2018, and that is our best shot of stopping Trump from being impeached. If we can pack the House with Trump supporters, we can stop impeachment before it ever gets to the Senate.

At this point, there is no evidence that Trump has done anything wrong, and even if everything in the Comey memo is 100% true it still would not amount to obstruction of justice.

But the establishment has seized on this as their opportunity to get rid of Trump, and so now a full-blown political coup is underway. If we want to stop this witch hunt, we are going to have to take dramatic action. I have previously called for an army of pro-Trump activists to run for Congress in 2018, and now there is far more at stake than when I first issued that call.

If the deep state is successful in taking Trump down, the entire political movement around Trump will be wiped out and our constitutional republic may never recover. Trump is our last, best chance to dethrone the progressive globalist establishment, and that is why they hate him so much.

So they are using the law as a weapon to try to destroy him, and as Dick Morris has pointed out, special prosecutors always want to come up with something “to justify their own existence”…

The Trump Administration may never recover from the decision of Deputy Attorney General Rob Rosenstein to cave into Democratic pressure and appoint a special prosecutor to investigate the totally fictitious “scandal” of Trump’s relationship with Putin.

The prosecutor, hired to investigate something that never happened, will not report Trump’s innocence. Special prosecutors never do. They justify their own existence, importance, budget, and staff by finding something to prosecute. Usually the “crime” they end up going after is one that his own investigation has created.

Ultimately, Mueller may pursue an angle that doesn’t even exist at the moment, because what the Democrats and establishment Republicans are currently pinning their hopes on is rather flimsy. In congressional testimony earlier this month, FBI Director James Comey admitted under oath that nobody had told him to end any investigations for political reasons…

Not in my experience. Because it would be a big deal to tell the FBI to stop doing something like that — without an appropriate purpose.

I mean where oftentimes they give us opinions that we don’t see a case there and so you ought to stop investing resources in it. But I’m talking about a situation where we were told to stop something for a political reason, that would be a very big deal.

It’s not happened in my experience.

Meanwhile, the Trump agenda is likely to come to a grinding halt as the Trump administration constantly deals with this endless crisis. Here is more from Dick Morris…

In the meantime, they hobble the president, drain away his political credibility, separate him from his supporters, and paralyze his administration. No legislator is willing to lend his support for fear of what the prosecutor might find. Each one will run for cover rather than work with Trump to get something done.

In appointing a prosecutor, Rosenstein has killed this Administration’s ability to function. No health care overhaul. No tax cuts. No government reform. All while we await the results of a nothing investigation into a nothing scandal.

So what can we do?

I don’t buy into the talk of those that are saying that things are hopeless. The promise of the Trump presidency can still be realized, but we are going to have to be willing to work together.

This is what I propose…

#1 We need pro-Trump activists to be willing to run for Congress in districts all over the nation. Don’t just sit back and wait for someone else to do it. If you live in a district where a Democrat or an anti-Trump Republican currently has a seat, you may want to consider if you should run in 2018. And if you are planning to run, please contact me so that we can rally pro-Trump voters to support you.

This isn’t a lot to ask, and if Trump supporters are not willing to do these things then there really isn’t any hope for the future of this political movement.

But I believe that there is a future for this movement. Against all odds, Trump convinced millions upon millions of Americans that we could turn this country in a positive direction, and he absolutely shocked the world when he defeated Hillary Clinton in November.

Now we have to fight for the future of this political revolution, and I believe that good men and good women all over America will rise up and answer the call.